The 3rd Jus Amicus National Moot Court Competition conducted by Saveetha School of Law, Saveetha University, which commenced on April 10 came to an end on April 12.  The three day competition which was being held as a mark of the Decennial Year Celebrations went on in full swing and vigour. Twenty Two teams from various national law schools, law universities and colleges from various Statesparticipated in the competition, who competed with each other to exhibit their advocacy skills. The valedictory function was presided over by Chief Guests for the day Hon’ble Justice. Tmt.Pushpa Sathyanarayana, High Court of Madras and Hon’ble Justice.Thiru.Vaidyanathan, High Court of Madras.

The final round of the competition was judged by Hon’ble Justice. Tmt.Pushpa Sathyanarayana,and Hon’ble Justice.Thiru.Vaidyanathan, who gave away the prize to the winners in the valedictory function.  The other rounds were judged by designated Senior Counsels and other legal luminaries.  The team from Christ University, Bangalore comprising of Rohit, Aroop and Devesh bagged the ever-rolling trophy. The team comprising Ashwathi,Allena and Zohra of CUSAT, Kochi won the runners-up trophy. Sharon from School of Excellence, Chennai was adjudged the `Best Speaker’. The winning team got a trophy and cash Prize of Rs. 20,000, while the runner’s up was awarded a trophy and cash prize of Rs.10, 000.  The Best Memorial, Best Researcher and the Best Speaker were awarded a cash prize of Rs. 5,000.Hon’ble Justice. Tmt.Pushpa Sathyanarayana, High Court of Madras applauded the enduring efforts of Saveetha School of Law, to organise at frequent intervals competitions on contemporary issues of relevance, where students of all the law colleges across the nation can deliberate upon. She congratulated the organizers of the Moot for choosing Surrogacy as the moot problem where no law has been laid down.  She expressed her concern about the care of children who will be abandoned by the parents born out of surrogacy. She also stressed on the point that budding advocates need to put in more effort and sincerity in order to reach great heights in their profession. Hon’ble Justice.Thiru.Vaidyanathan, High Court of Madras in his speech emphasised that more and more young advocates should join the litigation side rather than the corporate side as it is equally lucrative. He ended up his speech by congratulating all the participants from across the nation.  The valedictory function came to an end with everybody rising for the National Anthem.

I want to start with a small story and complete with that.  You all would have come across the story of Mulla.  Mulla came to address the gathering on the first day and he asked the person who sat “do you know why I have come here to speak”? and they said they don’t know, then he said that there is no purpose of addressing, and so he left. Second day again he came and asked the same question, everybody said that they know, then he said if you know everything why should I address, he left.  The third day he went fifty percent of the gathering said that they know what he was going to address and fifty percent said they did not know.  He said that those who don’t know can learn it from the person who know and left.  As far as legal field is concern.  This is a noble profession where everybody can shine.  Sky is the limit where you can do service to poor people and needy and get good name.  If you see the freedom fighters of our country ninety percent of them were lawyers.  Only one fear which I think about the colleges is that the students are doing very well but ultimately they land up in corporate sectors, nobody is coming to the litigation field.  The reason is initially for a period of ten years this is not very lucrative but after ten years you are the masters of the field.  So, I request the students and parents to guide and allow the children to practice on the legal side, to practice and shine in the future.  All the best to all of you. 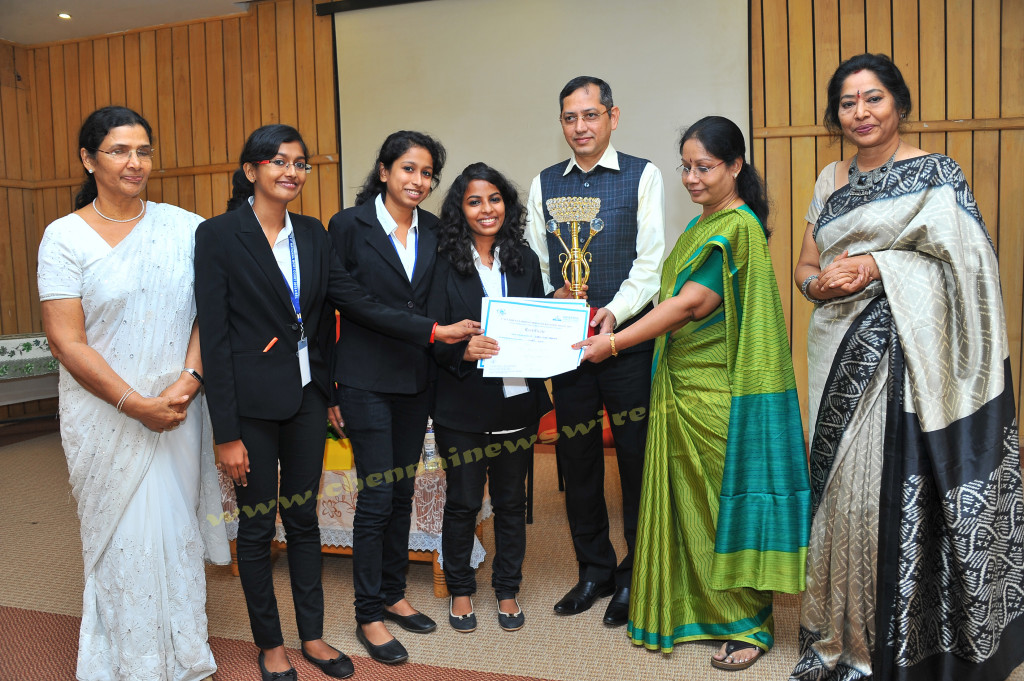 I should now applaud the enduring efforts of Saveetha School of Law, to organise at frequent intervals competitions on contemporary issues of relevance,where students of all the law colleges across the nation can deliberate upon.  Today’s topic is almost an unexplored subject and equally we were also enthusiastic about the topic.  Those who have chosen the topic hats off to them.  This is an area where no law has been laid down  and this is also the arguments and the questions which the teams faced from us.  But this is very interesting because not all the nations in the world have accepted the concept of Surrogacy.  And India also though it is made legal there is no norms or rules been laid down.  The surrogacy itself is a very subjective feeling. One question I asked the team for which even

I am yet to receive an answer, when the biological parents themselves abandon the child, if the child is born with deformity and here if this goes by a commercial agreement where the surrogate mother is forced to give up the rights of the child and the intending parents also want to abandon the child who will take care of the child.  In a country where it is over populated and these kinds of problems often happen in surrogacy would lead to all these question.  Whether this is to addressed as a public interest.  It was a moot point today also. Though it involves more of private interest but it is a matter of public interest, because it is in the interest of the nation.  It is a very sensitive subject when a woman is concerned.  In moot courts when you are given such kind of topics that gives you vision of larger prospective and you get to know the awareness of the current issues in the law.

These moot courts also increases advocacy and promotes public speaking.   I am very happy to see these children arguing as if in a real court of law without any training.  I wish more and more students take part in this and can have these mock moot courts even in intra-colleges.  Many of the students who participate in such inter-college are creamy layer students.  We also need to encourage the students who are not readily willing to take part but if this moot court is made a part of curriculum even they will be trained.  Most of thecreamy layer students get into the corporate sectors, few come into the litigation and now the scenario has to change because it’s equally lucrative but to rise to that level you have to work.

No pain no gain.  The efforts what you put at this young age may not be rewarded immediately but will certainly will give you a bigger reward in future.   I would say that I am a classic example of this, I haven’t been a very great lawyer but I was a sincere lawyer.  Updating myself with whatever was happening.   My sincerity has taken me to this level without any background and I am a first generation lawyer.  So this could be called as an achievement, easily everybody can do that and the efforts and inputs which you give now as young lawyers without any commitment would help you go a long way in your life.  I wish you all the very best.